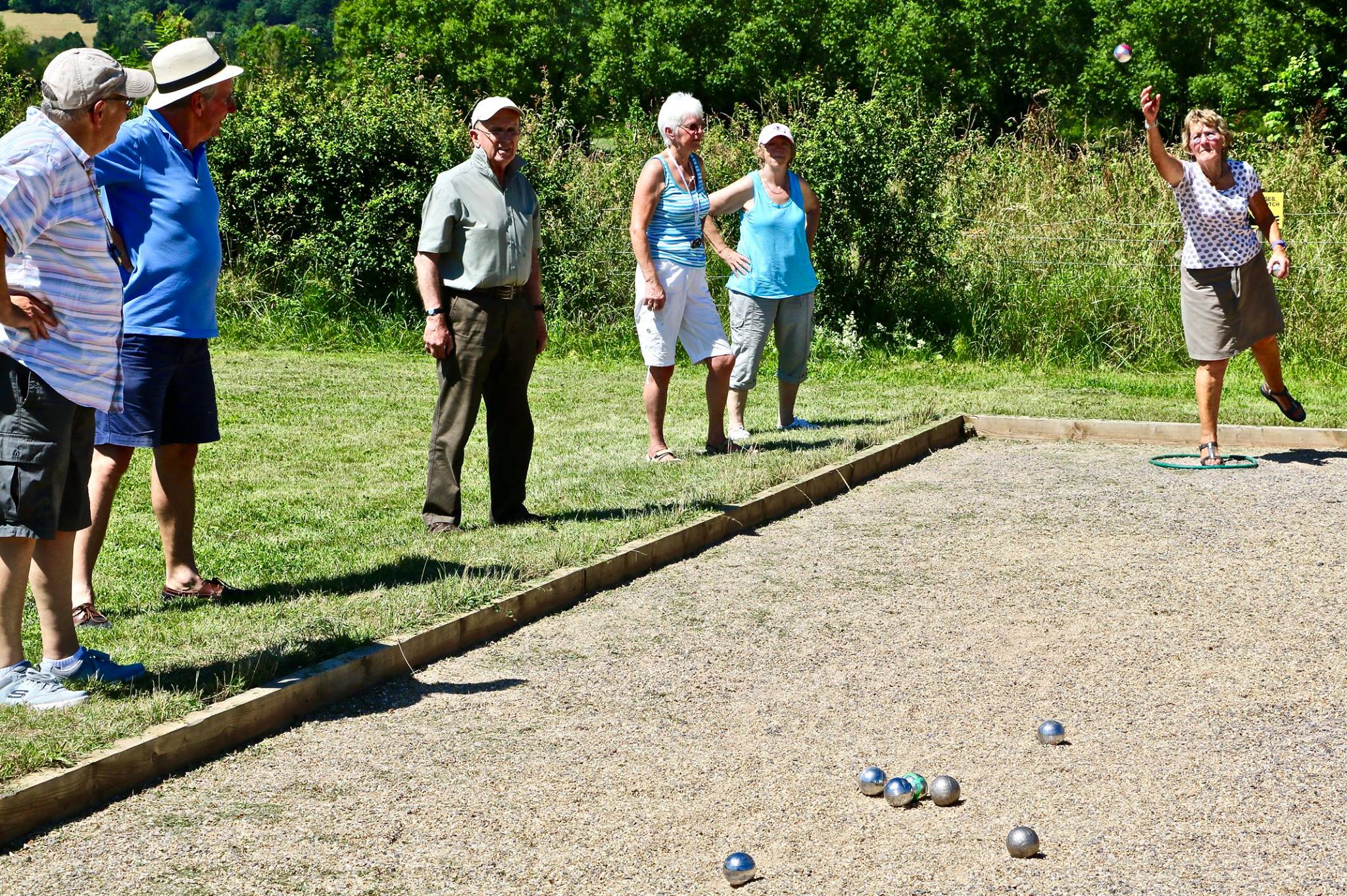 Pétanque is a team game and is the best-known form of the French ‘boules’ (literally ‘balls’) family of games. It involves the rolling or pitching of hollow metal boules over a gravel playing area (or terrain) to rest as close as possible to a much smaller wooden target ball or jack (or cochonnet, literally ‘piglet’!) The basic game is fairly easy to pick up and has a nice levelling mix of skill and with some elements of ‘chance’ (luck even!) attributable to minor irregularities in the stoned playing surface.

The game is quite social and members are generally quite keen to encourage each other. Teams are picked randomly to ensure a nice mix of players, styles and abilities. There can be a lot of fun and laughs, especially in the warmer and dryer conditions. We play at Compton Dundon playing field where two games can be played at once, meaning that we can currently accommodate between 12 to 20 people at each session.

Most regular players now bring their own set of 2-3 metal boules but the group holds a pool of these for general use. No other equipment is needed apart from appropriate clothing, and maybe refreshments, bearing in mind that the game is played outdoors on a gravel terrain or pitch in all weathers, well, almost all!

If you would like more information, or to enquire about joining the group, then Martin would be pleased to hear from you.

As this group is dependent on the weather, the fee is £1 per session payable each time you play.